As usual, my blog needs to start with an apology. It’s been far too long since I sat down with my laptop and did something other than watching cute animals and true crime videos on YouTube or following ridiculously attractive … END_OF_DOCUMENT_TOKEN_TO_BE_REPLACED

A few weeks ago I went to ‘Cancer Camp’ (actually called ‘Younger Women with Secondaries Together’ but I like my name better) in Edinburgh. It was organised by Breast Cancer Now and was held at the Holiday Inn at Corstorphine … END_OF_DOCUMENT_TOKEN_TO_BE_REPLACED

Bad news guys. After just under 9 months, the clinical trial I was on has stopped working for me. In fact, the cancer in my liver seems to have been putting in overtime and has grown by over 2cm since … END_OF_DOCUMENT_TOKEN_TO_BE_REPLACED

Let me start this blog with an apology. I haven’t posted anything for ages. I’m so sorry to those of you who were worried about me. Don’t worry, I’m OK. Well, I’m as OK as possible. I’m still here!

My pesky chest infection flared up again and I was given some antibiotics. Those didn’t quite do the trick so I was given another round and I started to feel much better. I still had a bit of a cough, a croaky voice and a weird feeling in my ear like I needed it to pop that wouldn’t go away but everything else was OK so I just got on with things.

I managed to get away with my good friend Glenda for 5 days in Tenerife. We were there with her Mum, her Mother in Law, Her aunty and her cousin. The nicest group of people you could ever hope to meet. It was glorious! We went then with the soul purpose of relaxing (Glenda was in the late stages of her pregnancy and has since then had a gorgeous baby boy named Owen). Our lazy days were filled with eating, napping on sun loungers, eating more, reading books, eating again and sleeping lots. It felt like my inner battery got charged by a good 3 bars and by our 4th day, I felt fantastic. However (you always know with me there will be a ‘however’), on the last day I started to get that familiar tight feeling in my chest, I began coughing and generally feeling a bit off colour. 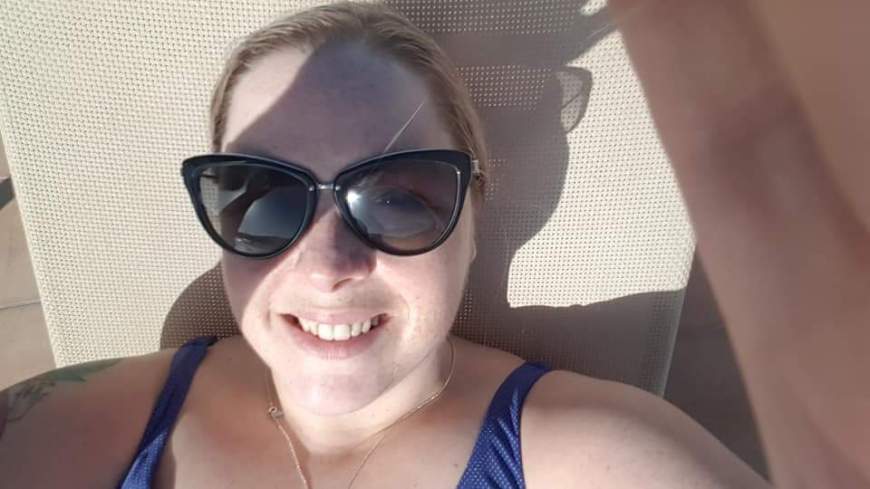 Happy in the sun

By the time I got home from our holiday, I felt terrible again and went through another round of antibiotics. Once I had finished the course, I felt a lot better but not completely. My voice was still very croaky and I still had a persistent and extremely irritating cough. Before I knew it, my temperature skyrocketed and I couldn’t stop being sick. Not good!

When you are going through cancer treatment, it’s very easy for a ‘normal’ illness to become serious very quickly. There is an emergency phone number you can call for advice and you’re recommended to call them if you become ill quickly. They will be able to decide on the best course of action.

When Stephen came home and checked in on me, I didn’t feel ill enough to call yet but that changed in a matter of hours and when he called in, they advised us to get in to hospital as quickly as possible.

When we arrived, there was a side room ready for me. The medical team were amazing. Within an hour, I was hooked up to a fluid and antibiotic drip, I was given oxygen and they had contacted the clinical trial registrar at the Western General to discuss the next steps.

The big concerns were that my symptoms pointed towards the possibility of sepsis or a blood clot on my lung. Once those were both ruled out, I was diagnosed with pneumonia. The problem was trying to work out if it had been caused by the trial drugs or by an infection.

Once, I was well again, my medical team were fairly well convinced that the pneumonia had not been caused by the trial drug but by an ‘ordinary’ infection. For me, this was great news as it meant I was able to continue with the trial. Phew!

Since then, I’ve had another set of scans and the results have come back stable. I’d hoped to see some further reduction in the tumour on my liver but I’ll not complain about staying stable at all. My team are trying to find ways of resolving some of my more annoying side effects (seriously altered taste buds, constant hot flushing, fatigue and weight gain are among my least favourites).

Hopefully I’ll have more to report on that next time!

It was my birthday a couple of weeks ago and, as part of my gift, Steph took me off on a little campervan adventure. It was also my sister’s 40th birthday and we had a big bbq party last weekend. It was so much fun.

Heading up north in the campervan 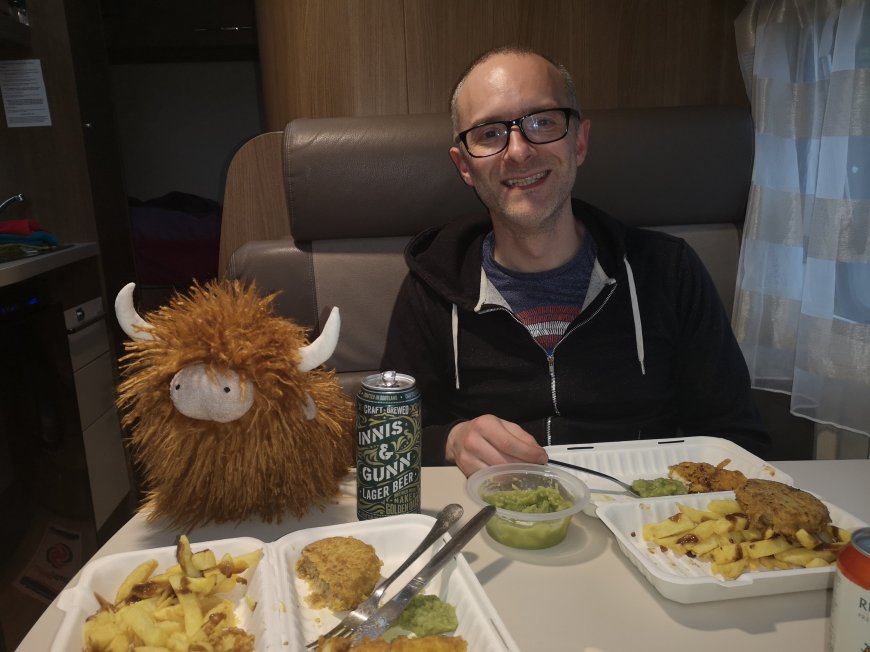 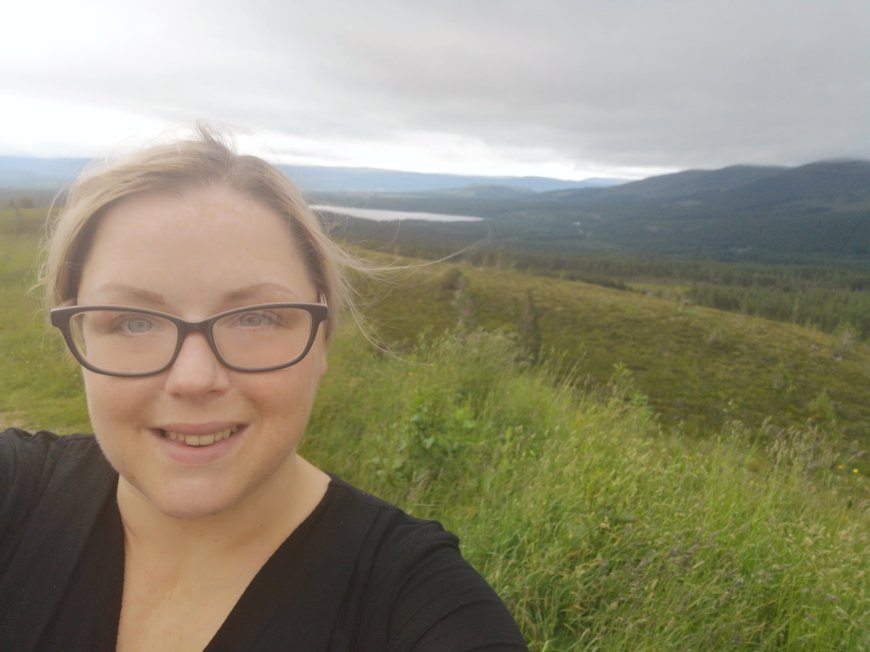 Halfway up the Cairngorms 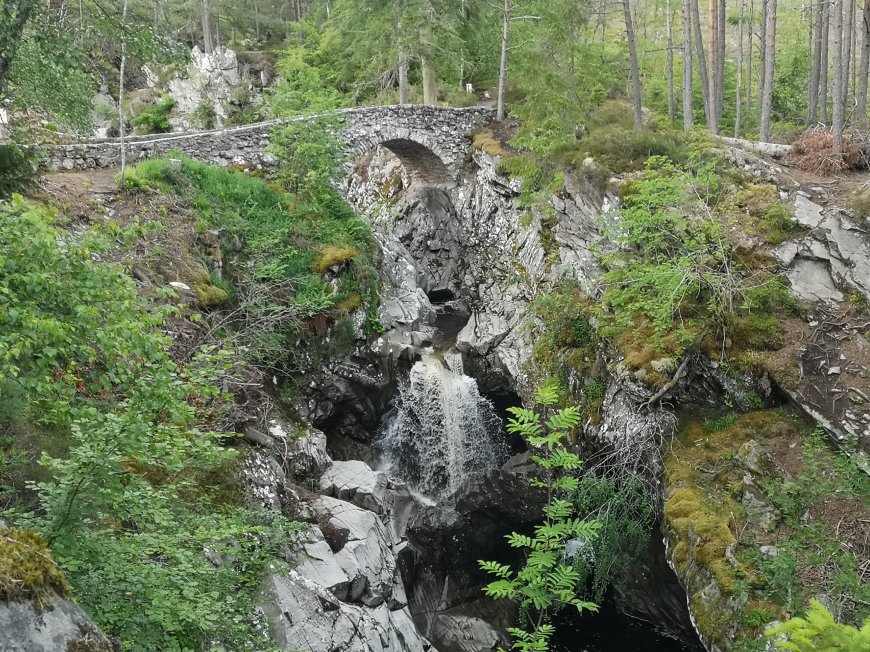 The falls of Bruar 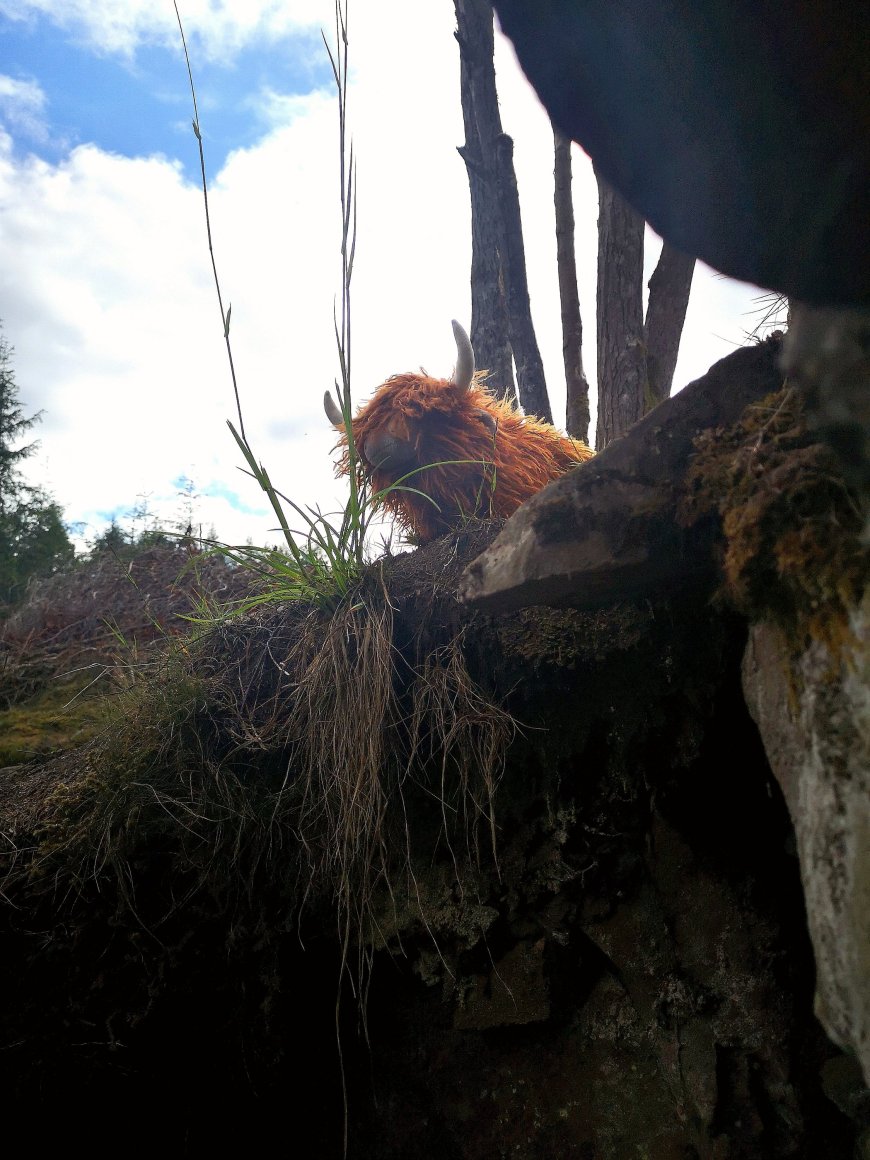 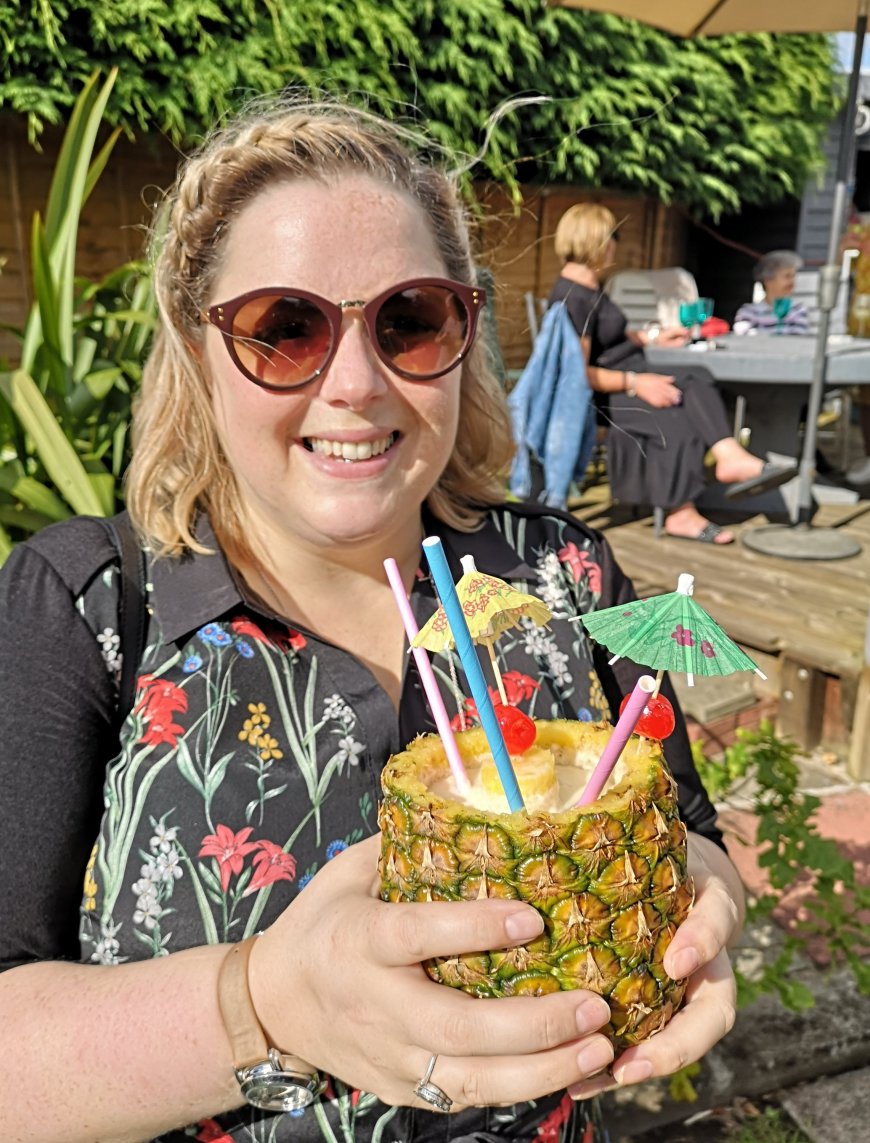 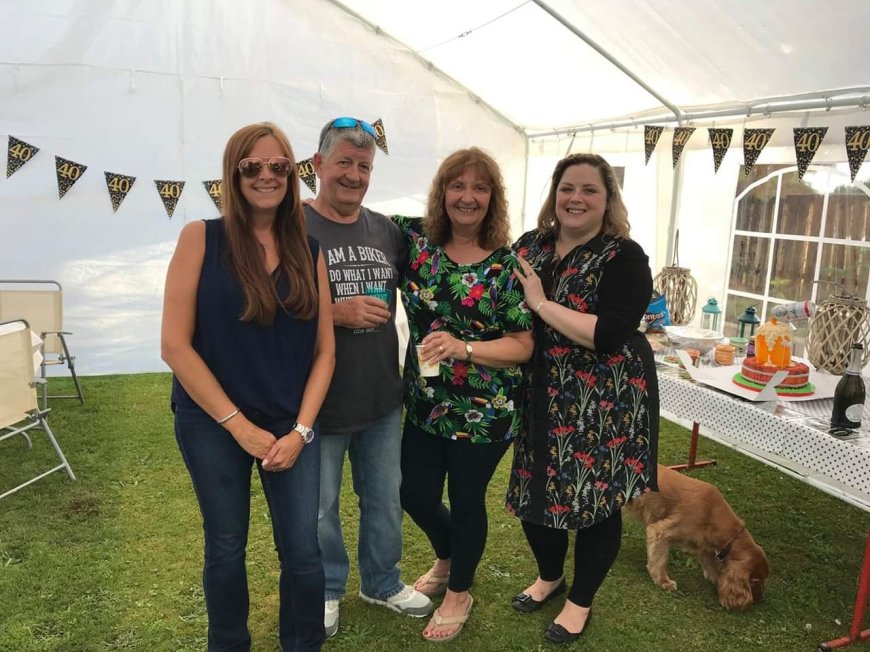 Group photo in the marquee 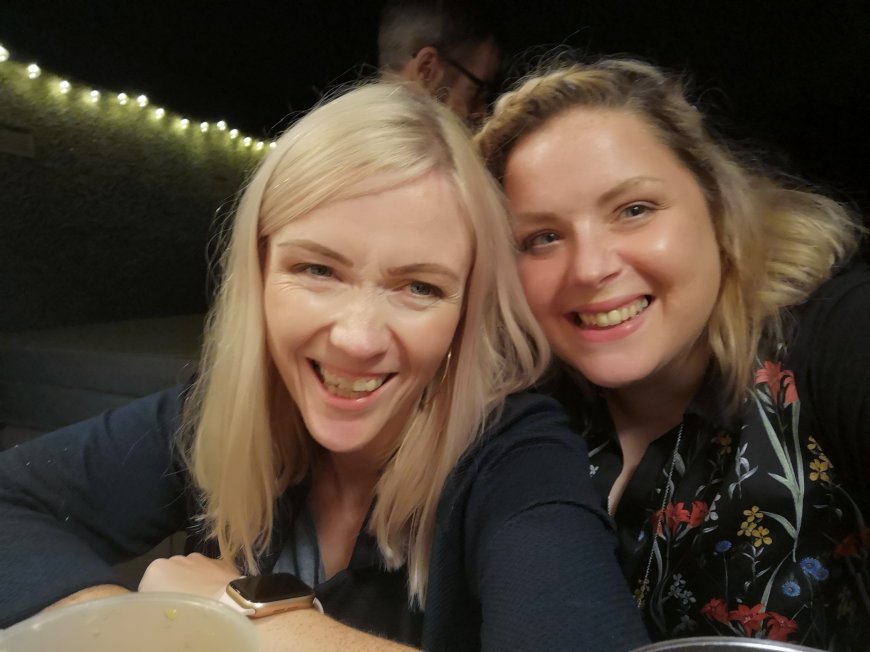 My sister from another mister, Emma 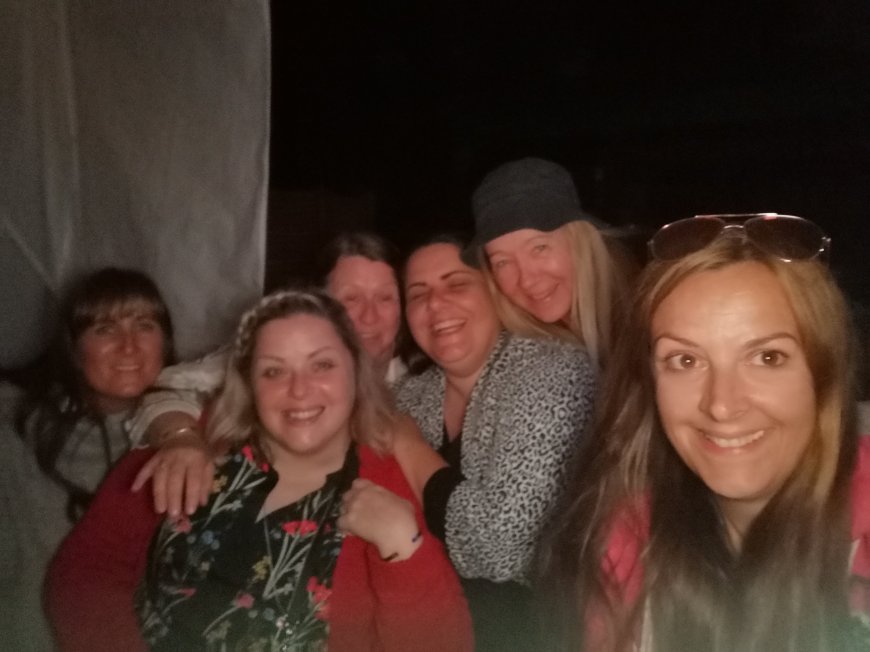 As the night went on

The past few months have been incredibly busy. We had my Dad over from America for almost 6 weeks and my best friend, Fiona, came all the way from Australia. We did so much so I’m saving writing about that until my next blog. They definitely deserve a whole blog to themselves. Soon!

Hello my lovelies. I hope you’re all happy and well? I wanted to give you an update from my last blog and my stay in hospital. After MANY tests, 4 pretty terrible days in hospital and a visit to a … END_OF_DOCUMENT_TOKEN_TO_BE_REPLACED

Hi everyone, I’ve decided to do a video blog today as my eye sight isn’t great and I’m having a lot of difficulties with focusing etc.

I apologise in advance for how terrible I look. A couple of days in hospital with a fever will do that!

After many, many hours of waiting

I love the smell of nebulizer in the morning 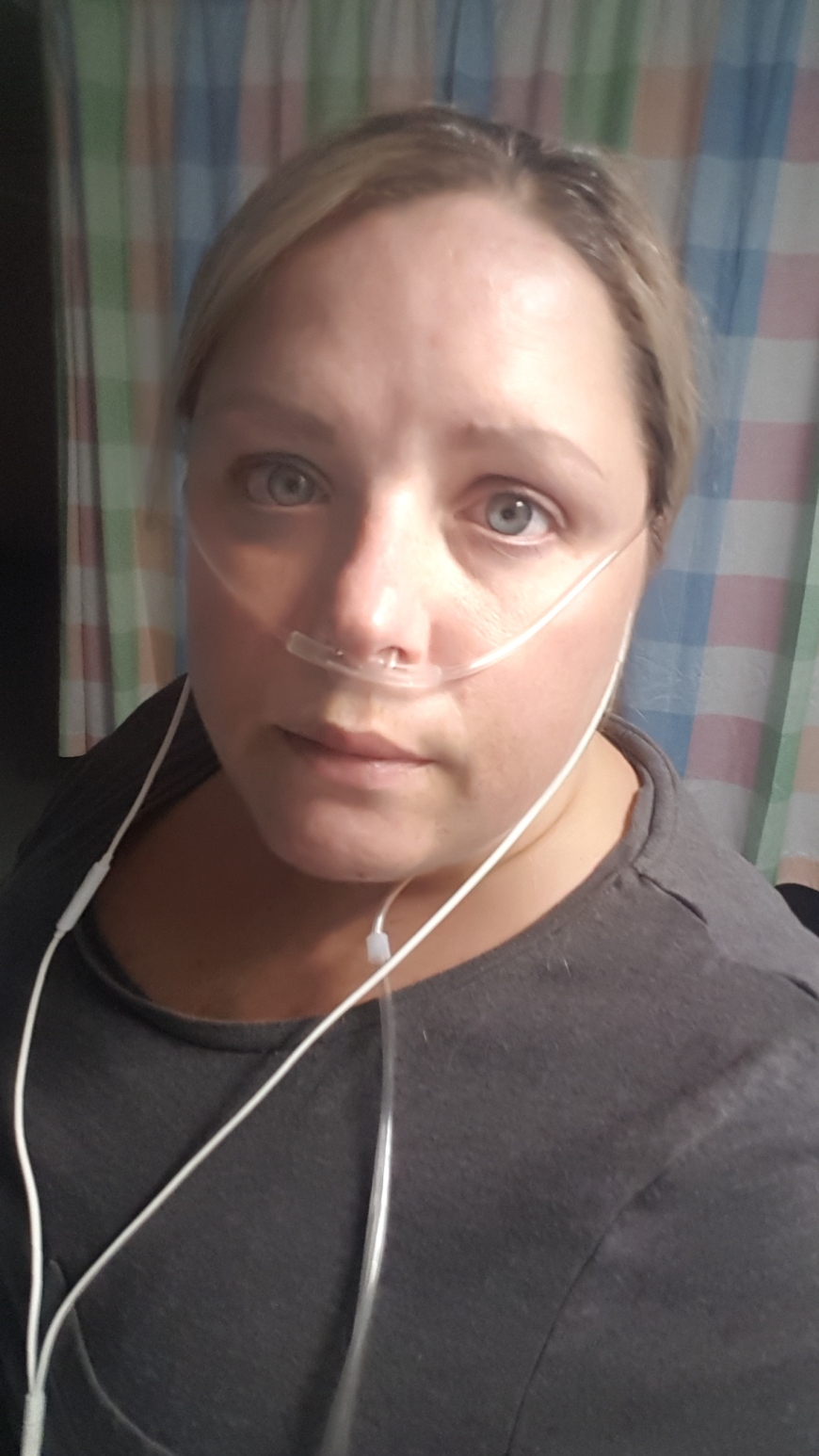 Oxygen saturation plummets but this helped a lot

Thanks for sticking with me on this one. It was tricky to do with my rubbish vision.

I get CT scans approximately every 12 – 16 weeks to check on my areas with metastatic breast cancer (and to check on any new areas of concern).

We in the cancer ‘community’ refer to wait between having the scans and getting the results as ‘scanxiety’ and I have it. Bad!

This has been a truly dreadful month. So many of my YBCN sisters have passed away, I have had almost constant fatigue, a few niggles that have turned to dread (sometimes your thoughts can be your worst enemy), my work stopped paying me sick pay without any notification whatsoever so I’m now officially poor.

And, absolutely worst of all, my cousin passed away completely unexpectedly last week leaving our entire family utterly devastated. 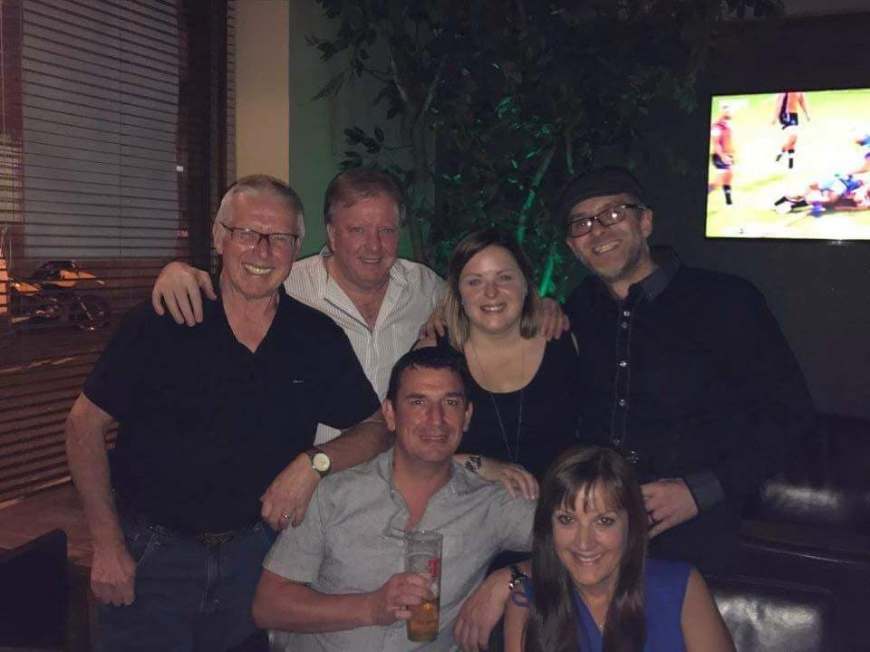 Charlie in his element

Charlie and I on our way to Benidorm earlier this year

Charlie was the kind of guy who could walk into a room of people he’d never met and within the hour, be best friends with every one of them. He lit up the room made everyone feel included and was insanely generous to the people he loved. I still can’t believe he is gone. He deserved to live a long, happy life. I just don’t understand it. I’m so sad, angry, confused…

I love him and will miss him so much.

This combination shit storm has had quite an effect on my health. I’ve had a few migraines, I constantly feel as though I have a pain in my back, I’m struggling to swallow….. all signs that my immune system has taken a nose dive. It’s no surprise really, there’s only so much suffering one person (and her family) can take before an implosion begins.

So, if you’re the praying kind of person, please have a word for me for my results appointment tomorrow. My strength reserves are unbelievably depleted.

Sending all my love to you, my gorgeous readers. I thank you for staying by my side during the good times and the really, truly awful. I love you all.